Reverse Dieting- How to Come off the Diet and Stay Leaner 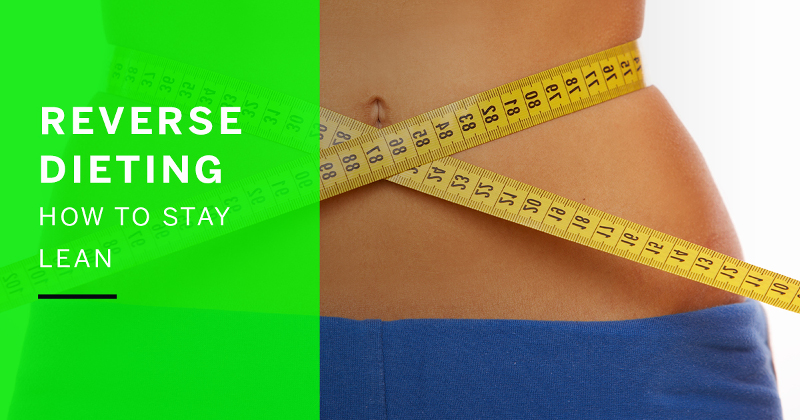 Reverse Dieting- How to Come off the 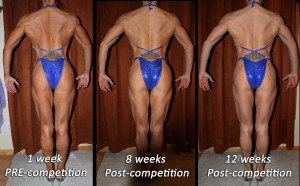 Note:  John has written a book on this topic titled “Metabolic Capacity and Reverse Dieting” and is now for sale on Amazon.  Click here to see the book.

Writing this article is something I have wanted to do for a long time as I see competitor after competitor blow up and gain way too much fat directly after a show.  As a matter of fact, I’ve been there myself a few times and know exactly what it feels like first hand.  The good news is that there IS a way to stay very lean in the offseason yet grow and put a good amount of muscle on and it’s called Reverse Dieting.

Reverse dieting is simply adding calories back in to your diet while also pulling back on the amount of cardio that was done to get into contest shape.  Sound easy? Then why is it so hard for people to do?  Honestly it’s because after being at a caloric deficit for so long not only is your body screaming “FEED ME!” your brain is also screaming the same thing.  Some have said that reverse dieting is the hardest thing they have ever done, and as a coach I can probably agree with that due to the reason being that as you increase your calories your metabolism really starts to speed up and hunger can get pretty intense at times.  Make no mistake this is a GOOD SIGN !!!  🙂  Don’t fear though, I am going to give you a full system to use, and while each person is different and may need some altering of this plan I’ll lay out, it will get you pretty close if you stick to it like glue.

What we usually see when someone finishes a show is they go out and have a nice cheat meal after the show with family and friends, which is fine and I actually encourage it.  Then Sunday comes and there’s breakfast and a few more meals off the plan, which is fine as well.  The problem people run into is they actually go WAY off the deep end and eat way past being comfortable full, and they also continue this eating into the week after the show.  Once you fill the muscles up after a few big meals you will quickly start to spill over into the fat cell.  I have seen people (myself included) put on 20 lbs in the week after the show, never to get it off.  Most have a metabolism that is slowed down from dieting and it cannot process that amount of calories that quickly so it stores a lot of the cals as fat at an alarming rate.  NOT FUN.

This is why Reverse Dieting works and works well. It’s important because it will 1. Restore a slowed metab, and restore the metabolic capacity to diet for a show again 2. Fill the muscles back out and after contest dieting making for a much more appealing physique (which mentally is a nice boost when you are not aiming for a show but you really like the way you are looking- lean and full) and 3. Keep you lean in the offseason so you don’t have to diet so long and hard next time.  It’s the situation all competitors should strive to be in- leaner in offseason (within 20 lbs of stage weight), metabolism fired up on higher calories to support the next prep, and a nice offseason of lean growth.

Here’s the nitty-gritty on what to add.  First thing to do after your show is this- go out, have a nice meal that night, and maybe breakfast and a meal on Sunday but dont eat yourself sick.  On Monday add in carbs to your diet (I recommend 20 carbs for men, about 10 carbs for women at first) and start doing your cardio again but pull your cardio back 10 mins on all sessions.

At the end of the first week I would introduce either a cheat meal OR a refeed.  For some who are very low calorie or had a harsh prep you will need to be careful here and not eat too much at once as the metabolic rate may not support it.  A nice meal off the diet will usually be fine as long as you dont eat until you are uncomfortable.  A good example is to replace a meal on a diet with some Chinese food once a week.  This will not only give you some sanity, but you should be re-depleted again for the most part which allows you to store carbs in the muscles without much fear of spilling into the fat cells.  I recommend putting your two weakest body parts around the cheat meal or refeed.  For example, if you are weak in the chest and legs, on a Sunday train your chest, then start refeeding PWO or have a cheat meal sometime that day after you train. On Monday, train your legs but get back on the diet.  This will help bring up your weaker body parts all offseason long and make a big difference in them when you step on stage next time at your show.  I recommend sticking to either 1 nice cheat meal a week in offseason or 1 refeed meal of higher carbs, anywhere from 100-200 extra that day should cover most people depending on the situation (and in my opinion just adding carbs in to your daily diet instead of a cheat meal is much better than a cheat as you can keep better count on what is going in your body that day).

Week 2 rolls around and I advise adding in calories again but ONLY if weight hasnt really went up much.  If weight has went up I still usually will advise to drop cardio back at least 5 mins on all sessions while holding diet the same for another week. When adding cals, carbs most of the time will be the key here and also pulling cardio back.  Sometimes if a competitor is real low fat I will have them do 5 grams of fat a week if needed instead of carbs.

This process goes on and on each week as cardio is eventually pulled back to about 5 mins a day maybe only a couple times a week, or some like to leave a few HIIT cardio intervals in once a week and do them around the workout as a way to keep the heart healthy and also allow them to get their food intake up.  But I dont recommend doing more than 2-3 cardio sessions a week if you plan on competing again the following season, getting cardio out or to very low levels will allow you to respond better to cardio once you start contest prep again.
Here is an example I will give of a competitor I recently helped reverse diet after they finished their prep on their own (our athletes don’t ever do this much cardio, but it’s quite common when people come to us for reverse dieting help) :

There are a few special situations, such as reversing out of a ketogenic diet so let’s tackle that.  For keto dieting I would 1. Make sure the refeed is added in the same as above if it wasn’t already in and 2. Start adding carbs but start doing it around the workout.  I like to first do this:

Pre-workout meal- used to be protein and fats- sub out the fats for carbs.  So if you had 15 fats for this meal that’s 135 cals, so use the same amount of carbs which would be about 35 carbs or 140 cals.  Keep protein the same.

Post-workout meal- do the same as above.  This will be the first change for week 1 post show, along with pulling cardio back.

Week 2 I would add in INTRA workout carbs in the form of dextrose, 20 carbs for guys 10 carbs for women.  I would keep adding here until you get about 20-40 carbs intra workout.  Then as the weeks go by start adding in carbs to the existing diet.  At some point depending on how high the fat is in the diet, you may have to add in carbs to a protein/fat meal but also pull back on fats a bit because you don’t want a diet to get high in fat and carbs, it doesn’t seem to work for most people and if you were dieting keto I’d hope that you are not someone with a fast metabolism anyway because keto is a death wish for these type of athletes- so long story short, you won’t need higher fats and carbs, you’ll want to sub in carbs as you go but also pull back slightly on fats depending on the situation.

When this is done correctly this will get your metabolism humming and in the right direction to set up your next prep and make it MUCH easier.  Everyone should strive to stay within 20 lbs of their stage weight, but also with a metabolism that is used to a good amount of calories, minimum I like to see 14x bodyweight or higher being ideal for a calorie level for offseason as a general rule of them while not going below 10x bodyweight during dieting is another rule of thumb (except of course in special situations).

As you get deeper into offseason after usually 8-12 weeks of reverse dieting you will have to slow the rate you add calories and really watch the mirror.  For most people deep into offseason I will add cals every 3 weeks or so if their weight doesn’t go up.

One last thing on reverse dieting is that you can actually use this approach during prep.  If you are ready early for your show and are lean enough you can do this exact protocol and actually fill out and look much better, it’s what most of us as prep coaches strive for.  Another thing you can do is to use this protocol if you have stalled out your metab, this will get it firing again and will usually help get fat loss occurring again from the food helping boost the metabolism of the competitor.

I hope this insight into reverse dieting has shed some light on how useful it is and how the top level athletes in our sport and prep coaches like to approach a prep.  The way you look at your next show will be determined in how you come off the diet of your LAST show.  Remember that and you’ll have a much different look next time you hit the stage.

– John Gorman, MA, CPT, is a well-respected diet coach and the owner of Team Gorman LLC. John is also a published author, public speaker, co-owner of The Physique Summit Conference, and proud member of the 1st Phorm Phamily as an Elite Trainer. His work centers on helping athletes achieve their maximum potential in various sports such as bodybuilding, powerlifting, crossfit, along with high school and college level athletics. You can follow him on Snapchat @teamgorman , Instagram @team_gorman , on Periscope @teamgorman , or facebook.com/teamgorman .