What is Glycemic Index and Glycemic Load and Why Should I Care? 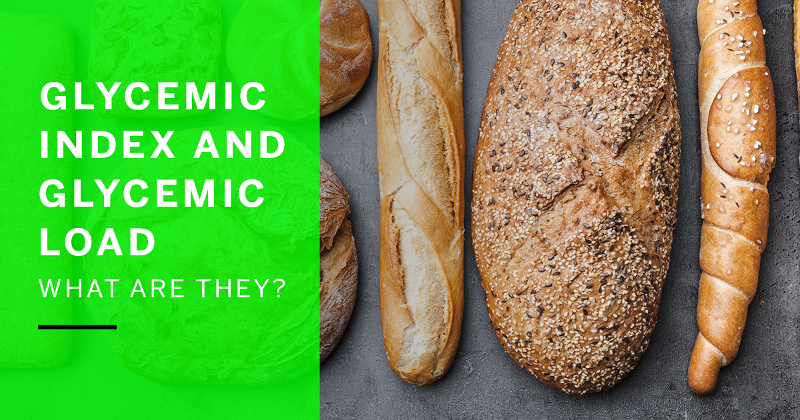 This is an interesting question and one that has relevance to most individuals. It’s especially interesting considering the overload of questions and discussion about protein relative to sports nutrition or supplementation. Upon considering the role of carbohydrate as a fuel source throughout any form of intense exercise, both endurance and resistance athletes should care about glycemic index and glycemic load. Even if you don’t consider yourself an athlete anymore, a good bit of data exists to suggest that glycemic index may impact an individual’s development or risk for heart disease or other types of health complications.

The glycemic index of a food relates to an assigned number that represents the extent to which ingestion of the food changes the amount of glucose in your blood [1]. The glycemic index scale in theory ranges from 0 to 100, with 100 being the score assigned to glucose or oftentimes white bread. Common food sources of carbohydrates (e.g., breads, bagels, pastas, grains, etc.) are ingested and the changes in blood glucose are recorded and compared to either glucose or white bread and a number is assigned. The higher the number, the more glucose levels in the blood increase and the lower the number, the less glucose levels change. In an effort to simplify things, foods with a glycemic index higher than 90 is considered ‘High’, 70 – 90 is considered ‘Moderate’ and <70 is considered ‘Low’ [2]. Initially, glycemic index was developed as a means to categorize carbohydrates, but its utility has been criticized as many factors can impact the glycemic index of a food. For example, how fast a food is ingested, its form (cooked vs. raw), content of other nutrients (fat, protein, fiber, etc.) and any other alterations made to the food before you stick it in your mouth can all impact its glycemic index [2].

I’ll admit glycemic index and glycemic load are terms often reserved for nutritionists, dietitians and clients who may struggle with their weight or have shown evidence of developing problems managing their blood glucose levels (i.e., diabetes). How does this relate to exercising people? Well actually a great bit. If you’re an endurance athlete, studies have shown that post-exercise ingestion of high-glycemic carbohydrates can speed up recovery and replacement of stored carbohydrate (glycogen) in your muscles. For example, in a excellent review by Jentjens and Jeukendrup [3]they discussed a study which (Keins et al.) compared the impact of ingesting high-glycemic index foods to low-glycemic index foods for their ability to facilitate recovery of muscle glycogen. After completing an exercise bout that depleted all of the glycogen stored in their muscles, participants ingested 70% of their daily calories in the form of either high glycemic or low glycemic carbohydrates. As expected, plasma insulin levels were almost 100% higher in the first six hours after consuming the high glycemic index foods. Insulin is secreted by the pancreas and transports glucose from our blood to inside tissues that need it (your exercising muscles). Increases in insulin are closely associated with increases in muscle glycogen, so ingesting a diet which increases insulin should increase the ability of your muscles to re-build the glycogen that was burned up during exercise. This is exactly what the researchers found as muscle glycogen synthesis rates were 61% higher after eating a high-glycemic index carbohydrate when compared to a low-glycemic index carbohydrate [3].

So who gives a hoot about carbs if your idea of a workout is slinging steel instead of pounding pavement? Protein is your friend, right? Protein is important, but you can’t overlook the importance of carbohydrates. To start, studies have shown that just six sets of leg extensions to muscular failure using 70% of a person’s maximum (your leg workouts are more than one exercise, right?) can decrease muscle glycogen in the exercising leg by 30% [4] and when higher intensities (70% vs. 35%) are used the rate at which glycogen is broken down for fuel is almost two times greater than at lower intensities [5]. The need to replace lost glycogen is important and ingesting a high-glycemic, carbohydrate source is a critical consideration. Our body needs glucose and insulin levels to be increased to start replacing glycogen and the greater both of these are increased, the faster glycogen is replaced [3]. While high glycemic index foods stimulates massive increases in glucose and insulin (a good thing for recovery of glycogen), small amounts of them minimize their effect. As an example, the glycemic load was found in a recent 2006 study to be the primary factor which influenced the magnitude at which glucose and insulin levels increased upon ingestion [6]. Whether you ingest a food source that stimulates a large insulin response (e.g., baked potato or white bread), some form of supplementation (e.g., Ignition) or a meal is up to you. Interestingly, research has shown that even when ingesting mixed meals of different amounts of carbohydrate, fats and protein that the glycemic index and the amount of carbohydrates ingested (or the glycemic load) was the primary factor which predicted changes in glucose and insulin [7-8], however practical considerations such as portability, optimal nutrient timing, cooking, etc. make supplementation the most sustainable practice to consider.

In conclusion, your body has a limited supply of carbohydrate stored inside it. During exercise, the glycogen found in your liver and muscle is used preferentially as a fuel source. For most individuals, significant amounts of glycogen can be lost after an hour of intense exercise and most studies agree that at moderate levels of exercise, your body will run out of glycogen after three hours of exercise [9]. As exercise progresses, the level of cortisol increases in the blood, which has a powerful ability to chemically rip apart muscle so it can be used as a fuel source or for repair (not exactly the best scenario). When exercise is halted, ingesting a healthy dose (50 – 75 grams) of high-glycemic carbohydrates which results in an overall high glycemic load is a critically important consideration for all types of athletes. Carbohydrate ingestion sharply increases glucose, which just as sharply increases insulin. An increase in insulin works doubly by rapidly decreasing cortisol inside the blood while the high amounts of glucose and insulin will rapidly stimulate the recovery of muscle and liver glycogen. The detrimental effects of exercise are a necessary evil, for sure, but using the glycemic index and glycemic load of foods to your advantage can help to facilitate your recovery and optimize how well your body can respond to training.